November 15, 1994, was the birth date for the CP Homepage managed by Rick Walker. Rick has an online history documenting his web site's development, which includes the CP Database, CP listserv, and the CP Trading Post.

In 1998, the ICPS web site became established, and in February 2000 a few sample articles from Carnivorous Plant Newsletter (CPN) were posted.

In 2002, the ICPS advertised the clearance sale of all back issues of Carnivorous Plant Newsletter. The back issue sale concluded in December 2002, and back issues were no longer available. However, at that time the ICPS had started to explore the possibility that complete back issue sets might be made available on CD ROM.

Since Carnivorous Plant Newsletter is a publication venue for new Latin plant descriptions, it was important that these new species descriptions were available to a wider audience than only its membership. Furthermore, because of the work of Jan Schlauer, the ICPS was selected as the CP International Registration Authority for cultivar names; this made it even more important that select articles appearing in Carnivorous Plant Newsletter be made more widely available. Consequently, these key articles were added to the ICPS web site under Species Descriptions and Cultivar Registrations.

These steps increased the desire to convert back issues of Carnivorous Plant Newsletter into electronic format. In June 2004, ICPS President Carl Mazur requested volunteers to help scan back issues of the journal. Between July and October 2004, David Conner scanned most of the 4,000 pages and sent the images on CD to Carl. From October 2004 to September 2006, Carl worked on the tedious task of cropping images and converting them to PDF. There were many delays as some of the pages had to be rescanned and the hard-copy of some issues had to be found.

In September 2006, Carl passed the job of completing the project to Bob Ziemer. Some of the pages needed to be reprocessed and several volumes still needed to be scanned. Bob and David Conner reviewed each of the pages and replaced those that were found to be defective. Please note that the quality of the scanned images may vary, but we strived for the best quality that we could achieve given the amount of work, time, and availability of quality hard copies of the back issues. 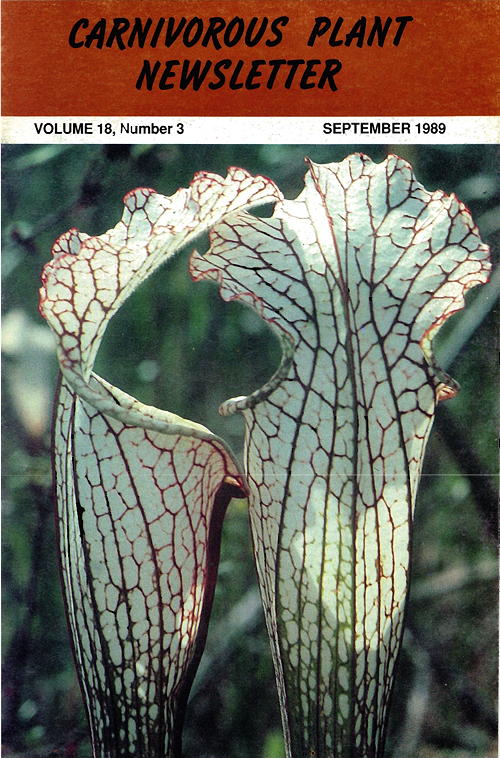