Taxonomy is a formal system of assigning names to organisms. Nature is messy and people can disagree. The dramas of taxonomy can provide endless amusement.

There are at least 11 species in the Drosera indica species complex. Who knew?

Why is it that our view of the Drosera peltata species complex keeps changing and may continue to change?

This species complex is in desperate need of an in-depth study.

Guide to the Pygmy Drosera

Descriptions and photos of all pygmy Drosera species.

Descriptions and photos of all wooly Drosera species and some unnamed taxa.

Descriptions and photos of the Nepenthes species found in Vietnam.

Descriptions and photos of the Four Sisters of Queensland, Australia.

Compendium of all published carnivorous plant names with notes on the validity of the names.

The Carnivorous Plant Photo Finder at cpphotofinder.com is a useful resource.

The identity of each image is provided by the image owner. There is no guarantee the images are correctly identified.

Seed Bank seed images can be used to verify identities.

CP Seed Images other than Drosera

Carnivorous Plant taxonomy and why we should care 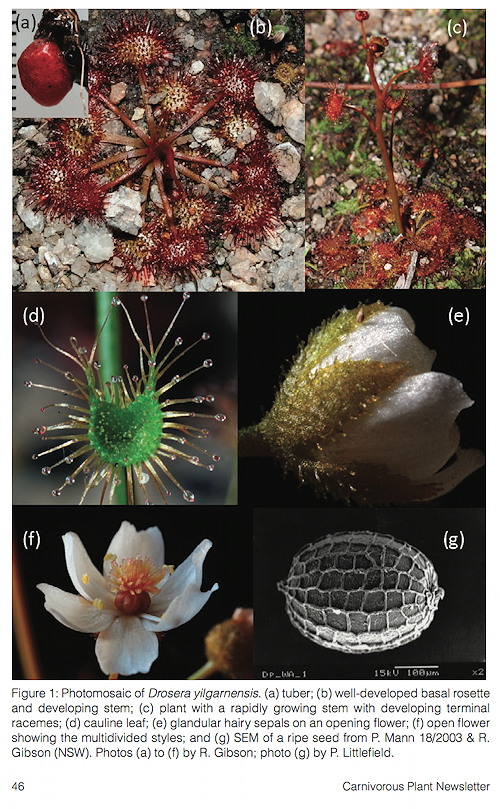