Eric lived in Cape Town and developed a passion for carnivorous plants in a region rich in indigenous Drosera species, but a scarcity of local CP enthusiasts. As a result, he established a wide network of communication and trade with numerous CP fanatics around the world back in the days before internet, building up an impressive private collection. He was a very skilled grower, not only of native South African species, but of all genera of carnivorous plants. He successfully cultivated plants that were quite rare at the time such as Heliamphora and highland Nepenthes.

Thanks to Cape Town’s pleasant climate with mild, humid, and frost-free winters, as well as warm, dry, and sunny summers, Eric was able to build up a large and diverse plant collection that also included Sarracenia species and hybrids, pygmy Drosera, Byblis gigantea, tuberous Australian sundews, Drosophyllum, Roridula, Mexican Pinguicula, tropical Drosera, Nepenthes species and hybrids, Heliamphora species and hybrids, Cephalotus, and tropical Utricularia, VFTs, and of course the numerous and beautiful native South African sundews. Thanks to Eric's willingness to explore native CPs as well as send seeds abroad, which were of course gobbled up by many enthusiasts who helped establish many of those species to cultivation.

For numerous decades, Eric explored the Cape area and amassed a great understanding of where the local carnivorous plants grew. He would often travel to these places on his motorcycle, and was keen to take visiting enthusiasts from overseas there too, or direct them to these places. During these field trips, Eric uncovered several sundews which were later described by botanists as new species, including Drosera slackii, D. rubrifolia, D. coccipetala, D. variegata, D.afra, D. liniflora, D. rubripetala, and D. atrostyla. Unfortunately, many of these botanical descriptions do not mention the original discoverer of the plant, which is just one of the many reasons why he deserved to have a new species named after him: Drosera ericgreenii. 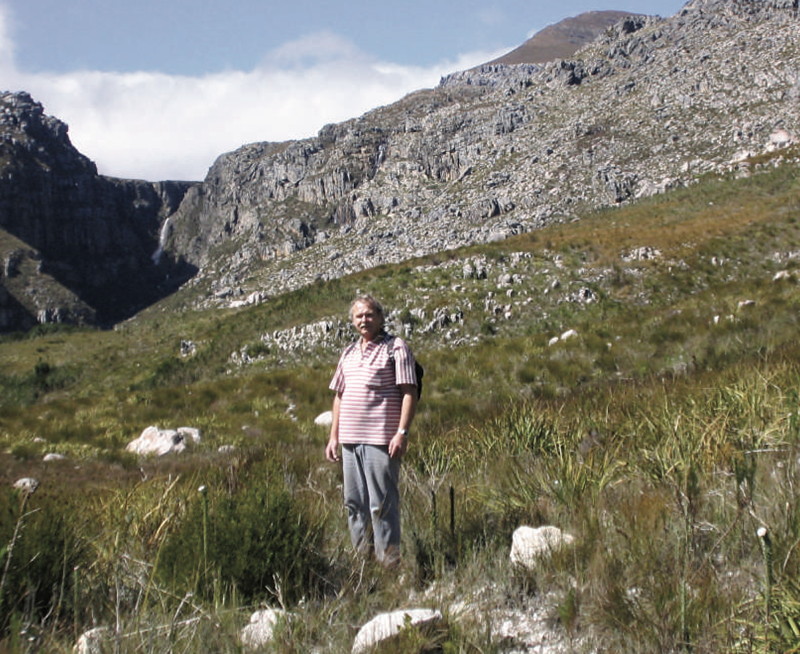 Eric Green in the field at a Drosera regia site near Bainskloof, South Africa, in August 2003. Photo by Aric Bendorf. 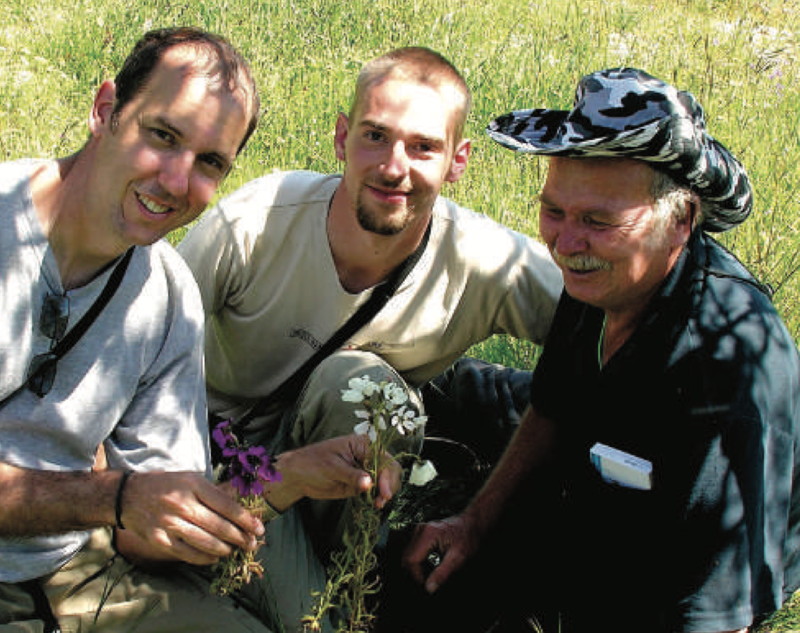 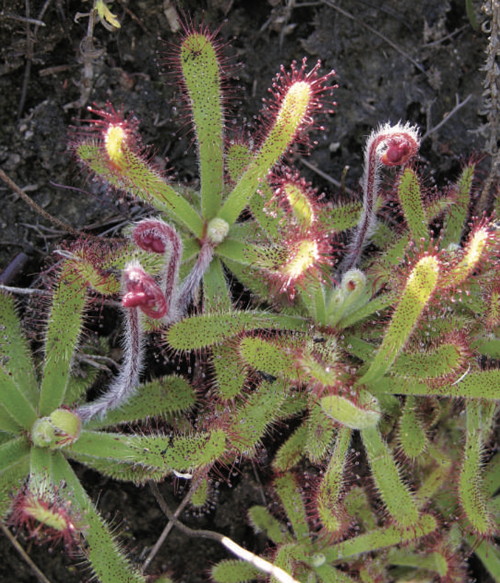 A group of Drosera ericgreenii in habitat near Franschhoek, South Africa. Photo by Andreas Fleischmann.