Peter has taught generations how to grow and appreciate carnivorous plants through his passion, knowledge, and eagerness to share. Many of the people he inspired went on to further expand our knowledge of these plants. Like a stone thrown into a pond, the ripples of what he kicked off continue to expand knowledge and respect for these amazing plants and the natural world in general.

It was the AIDS global epidemic that in great part caused Peter to start California Carnivores.  In the 1980s he managed a small resort on the Russian River in Guerneville, California. The patrons and staff were primarily gay, and everyone was dying around him. By the early 1990s, he stopped counting the dead friends and acquaintances at 193. The resort went up for sale when the owner was dying. The new owners wanted Peter to stay on to run the resort. But he thought "How long do I have to live? I should do something that makes me happy...!" The idea of starting a carnivorous plant nursery was born.

Peter’s experience with the AIDS epidemic instilled in him a deep sorrow and dark gothic humor that along with his kindness endears him to every other life he touches. California Carnivores and his carnivorous plants helped Peter to dig out of the dark pit of death and become one of the most influential and selfless members of the carnivorous plant community.

Peter opened California Carnivores to the public in 1989. It has remained the only carnivorous plant nursery with regular hours open to the public for over 30 years. (The nursery closed to visitors during the COVID-19 pandemic but continued mail order.) The nursery initially was rather small because knowledge of it was essentially limited to ICPS members. In his spare time, Peter wrote The Savage Garden.

When first published in 1998, The Savage Garden won the American Horticultural Society's book award and The Garden Writers Association of America's Quill & Trowel Award. The first printing of 15,000 copies sold out in 1999 after an appearance on Martha Stewart's Living TV show. The first edition went through 12 printings. The Revised edition came out in 2013. After seven years it was in its 9th printing.

Before The Savage Garden, Adrian Slack’s books were essentially the only books with good information on growing carnivorous plants. They were difficult if not impossible to find in the USA. The release of The Savage Garden with Ten Speed Press’s and Peter’s tireless promotion, resulted in many many people who had previously tried and failed to grow carnivores realizing that is was possible to successfully grow carnivorous plants at home without a greenhouse or other major facility. Peter’s recommendations were specific for each type of plant and worked.

Peter and the nursery were the subject to over 300 articles and TV shows as of the year 2000 when he stopped keeping count. This included The New York Times (twice) and Wall Street Journal. The promotion of the book never made Peter rich but it definitely enriched many lives.

Peter has also been a prolific writer for CPN with 24 “The Savage Garden” articles and 14 additional field trip, cultivation, and cultivar descriptions. Peter was responsible for the naming several spectacular cultivars of carnivorous plants, including the first cloned one, Sarracenia 'Judith Hindle'. He introduced Sarracenia 'Adrian Slack' into cultivation, a plant Bob Hanrahan allowed him to divide from his property.

Peter D'Amato reminisced about the joys of discovery and the not so good old days of being a carnivorous plant fanatic at the ICPS Conference 2018. 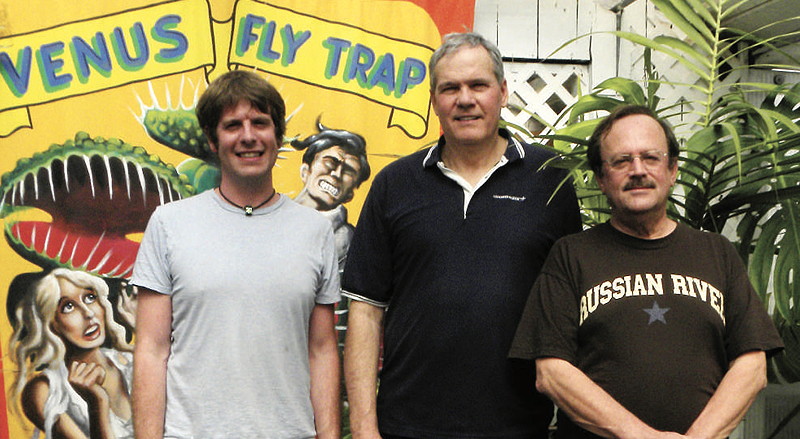 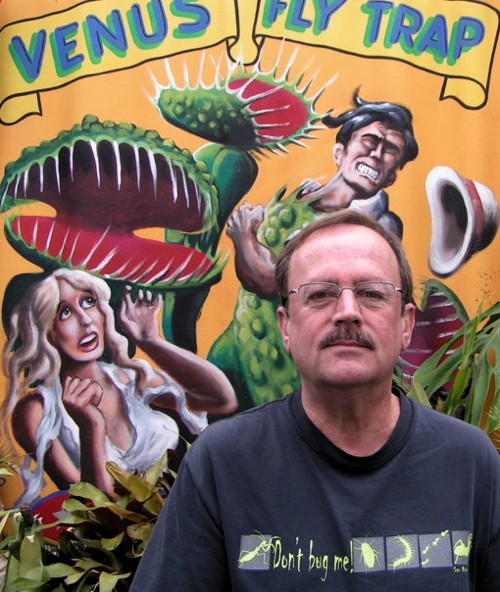 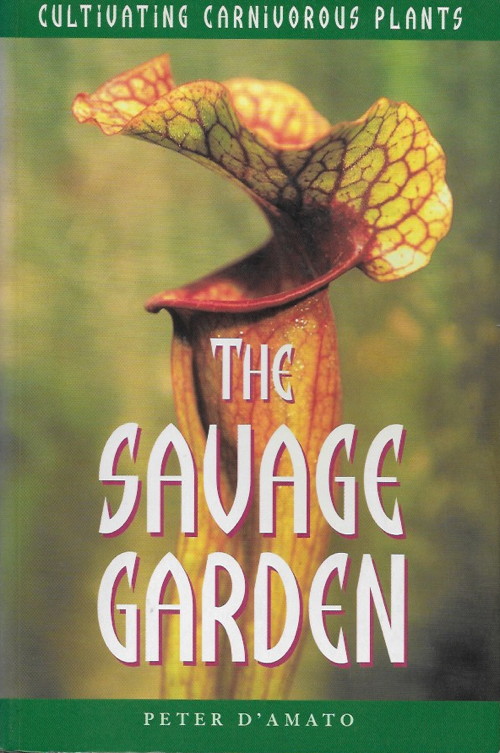 First edition of The Savage Garden. 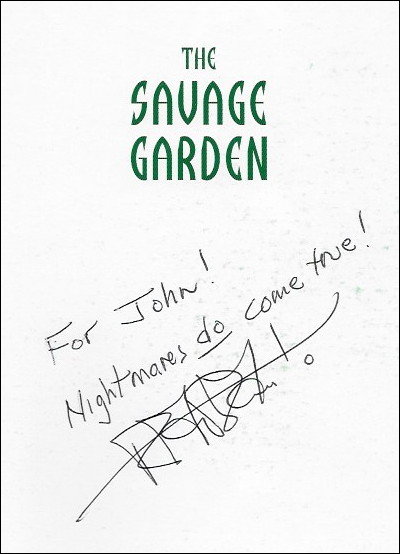 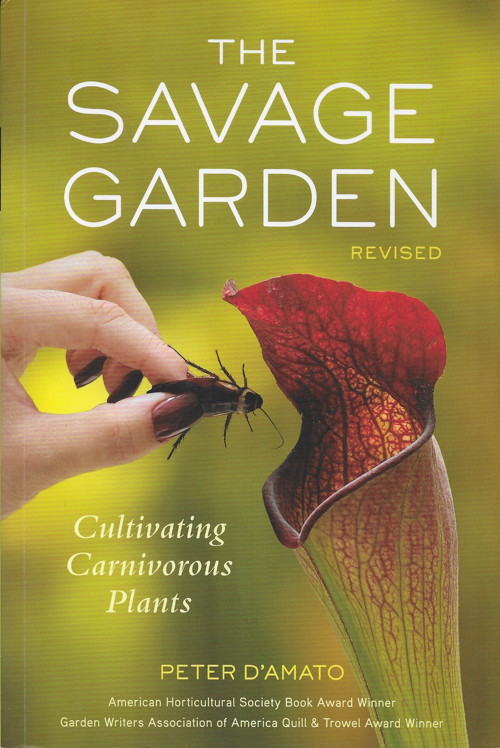 Second edition of The Savage Garden.