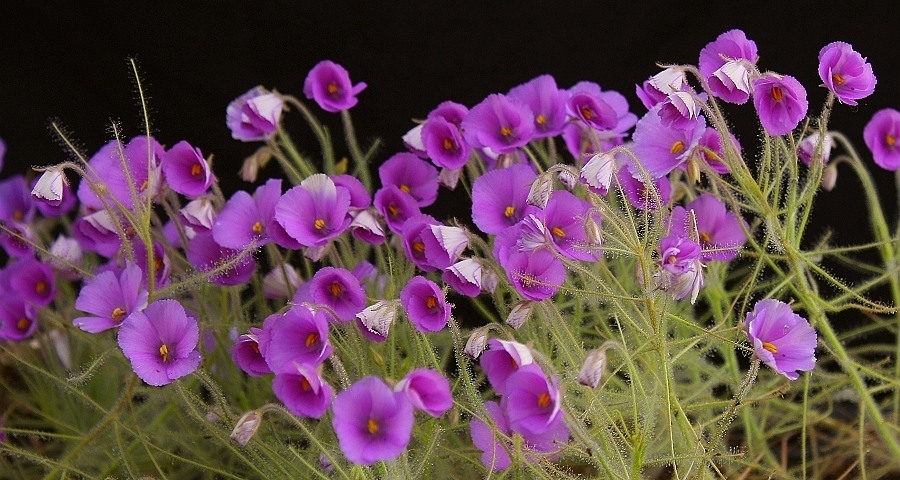 Byblis, also known as the Rainbow Plant due to it's prismatic qualitative when struck by sunlight, is a native plant of Australia. It resembles a tall Drosera "tree" of sorts, although the flower structure is zygomorphic (bilaterally symmetrical), which is much different than that of the Drosera family of plants which possess actinomorphic (radially symmetric) flowers.

There are currently seven recognized Byblis species, with two of them being perennial, (B. lamellata and B. gigantea) and the other five annual (B. liniflora, B. filifolia, B. aquatica, B. guehoi and B. rorida).

The name Byblis originates from Greek mythology and was a goddess who was the niece of Apollo. When she was rejected by Caunus in whom she was in love with, she let forth an endless stream of tears which transformed her into a fountain. The delightful mucilage-laden leaves of Byblis are reminiscent of such an event!

I've been cultivating several Byblis species over the last several years here in Florida. Although most species do respond to the same type of cultivation guidelines, here's a few notes that may help you become more successful in your endeavors. However, please keep in mind that everyone's growing conditions are different than others and you may have to slightly tweak your methods to best suit the needs of your plants. What I'm offering here is a few general rules of thumb that should be helpful.

A mixture ratio of 1/2 sand to 1/2 peat works well for most Byblis species other than Byblis liniflora. B. liniflora seems to tolerate wetter conditions better than the other species, so I usually go with a 3/4 peat to 1/4 sand mix and water with the tray method, allowing the pots to remain wet at all times. All other Byblis species including cultivars Byblis 'Goliath' and Byblis 'David', seem to like things slightly drier and water is only added to the tray as can be absorbed by the pots, making the surface of the soil wet. I do not allow them to sit in a full water tray consistently and I let the pots dry slightly between waterings. I prefer to use only pure RO or distilled water, since Byblis seems sensitive to high TDS water levels, just like any other carnivorous plant. Sometimes I do water from above only during cooler seasons, keeping the soil more damp than saturated.

Here in Florida, all Byblis species seem to grow best when temperatures are in the 60°F to 85°F range (15°C to 30°C), however they can tolerate temps as low as 38°F (4°C) and as high as 100°F (37°C) without too much damage occurring, however this is not recommended. Ideal humidity requirements are in the 50% to 80% range. Plants thrive with at least 8-10 hours of direct light, be it artificial or natural.

There are a few options to ensure good seed germination. I've used the classic smoke treatment method, which requires lighting a small straw or paper fire on top of the seeds after they are sprinkled on the compost, then covering with a glass container to contain the smoke until it diminishes entirely after the fire goes out and the embers are smoldering. However, I've been most successful using a 24 hour soak with 10 PPM of gibberellic acid. I use petri dishes, with seeds folded up in a paper towel, but any dish or container will suffice. Make sure the paper towel is soaked really well with the GA3 solution. You'll notice a purple staining from the seeds on the paper after the solution is applied. After soaking for 24 hours, sprinkle the seeds on top of your growing media and make sure you keep the soil wet and in the 70°F to 85°F (20°C to 30°C) temperature range with good direct light for at least 8-10 hours a day. The main germination usually occurs within 2-4 weeks, with some taking longer. Without the above mentioned treatment options, I've seen seeds take up to a year to germinate!

And there you have it! I hope these tips that have helped me be successful will bring you much joy in cultivating these magnificent glistening gems of nature. 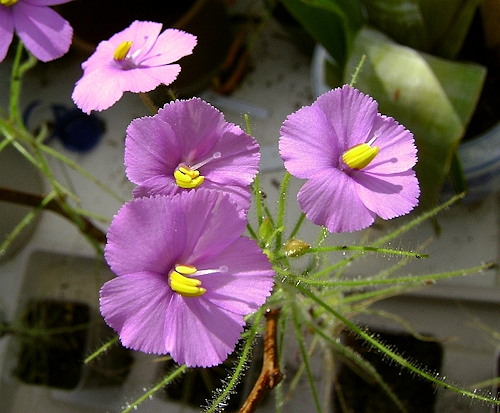 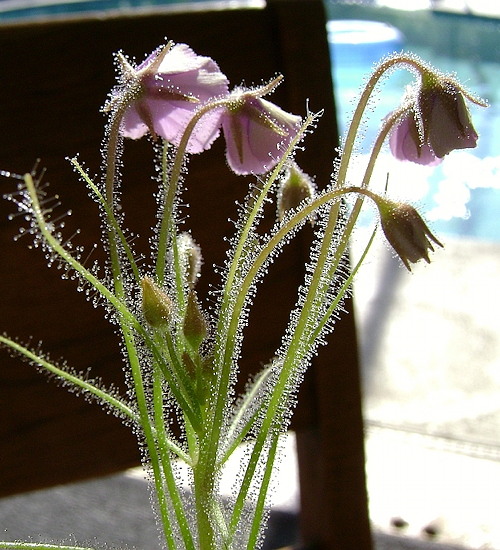 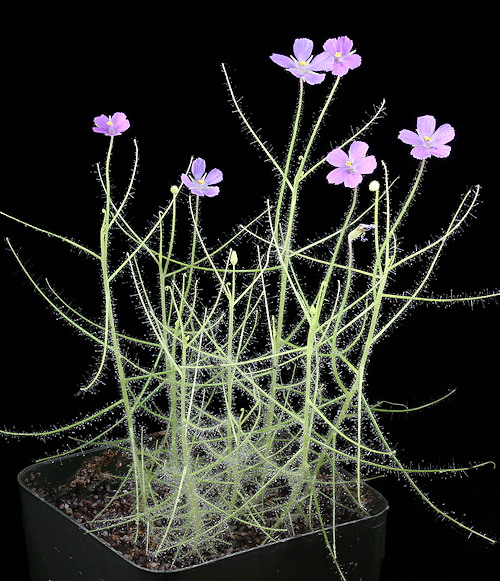