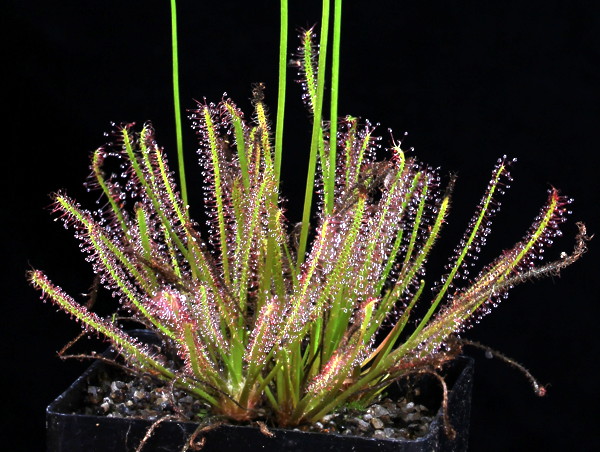 Drosera hybrida, Lake Absegami, New Jersey.  The plant is no longer found at that location.

Drosera tracyi is found in USDA zone 9. It requires winter protection if grown in a colder climate and is especially sensitive to early and late freezes. We had trouble growing it outside in zone 9 in northern California which may have been a result of no real winter and long wet springs. Consider growing Drosera x californica 'California Sunset' or other hybrids between Drosera filiformis and Drosera tracyi instead. The hybrids can handle winter better than Drosera tracyi. Or grow Drosera tracyi in a cold greenhouse. 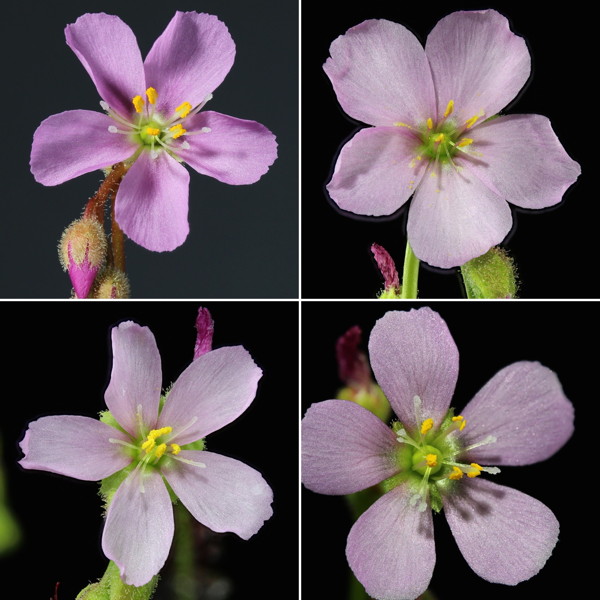 If you want to grow Drosera filiformis in a terrarium, it is best to grow the Drosera filiformis var. floridana form. The seeds germinate without stratification and some of the plants do not go dormant. Most will form loose hibernacula that last a month or so before the plant starts growing again. The more you feed them the more likely they will not go dormant. This plant may be grown outdoors in summer but needs to be in a warm greenhouse or other location that does not freeze during the winter. In a terrarium tDrosera filiformis var. floridana may not develop the deep red color it would in full sun outdoors.

Seeds of Drosera filiformis and probably Drosera tracyi need a "winter" to germinate and it is best to do that during winter so the plants will be synchronized with the seasons. The usual way to do this is to give the seeds a few weeks of damp cold stratification. You can put pots planted with the seeds in the refrigerator for 4 weeks or just put them outside if you live where it gets cold during the winter. An alternative is to put the seeds in a small plastic bag with damp peat or finely chopped sphagnum moss in the refrigerator.  The seeds and moss can be carefully spread over the surface of the soil in a pot after stratification. The best way to start these species from seed is to put pots planted with seeds outside in the winter and allow the seeds to sprout naturally. That way the new plants are immediately in phase with the seasons and will not go dormant prematurely.

No matter how you handle stratification, the seeds should not be buried when you want them to germinate. A pot with a 50:50 mix of peat and sand usually works well. Drosera filiformis and Drosera tracyi like large tall pots and can rot in the winter if the surface of the soil is too wet. You can mix extra sand into the top 1 cm of soil or even use pure sand the thickness of the hibernacula. The pots should always be sitting in water. Please see Sowing Seeds Step-by-Step for more details on starting seeds plus Growing cold temperate Drosera and Repot Cold Temperate Drosera in Spring for more information on growing the plants keeping in mind that Drosera tracyi is rather cold sensitive.

Make sure you feed your plants well if they are not catching many insects on their own. You can use rehydrated dried blood worms or foliar feed the plants with a dilute liquid fertilizer. 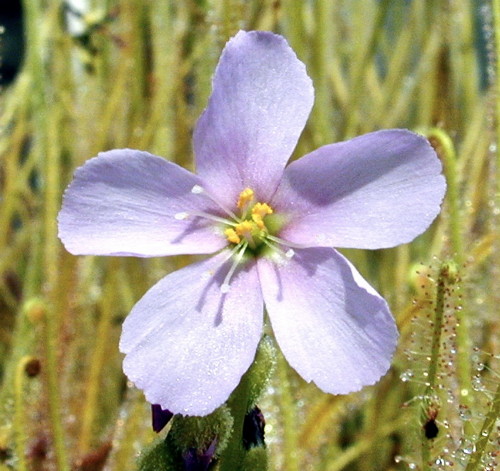 Drosera 'California Sunset' flower. This plant is a hybrid between Drosera filiformis and Drosera tracyi. 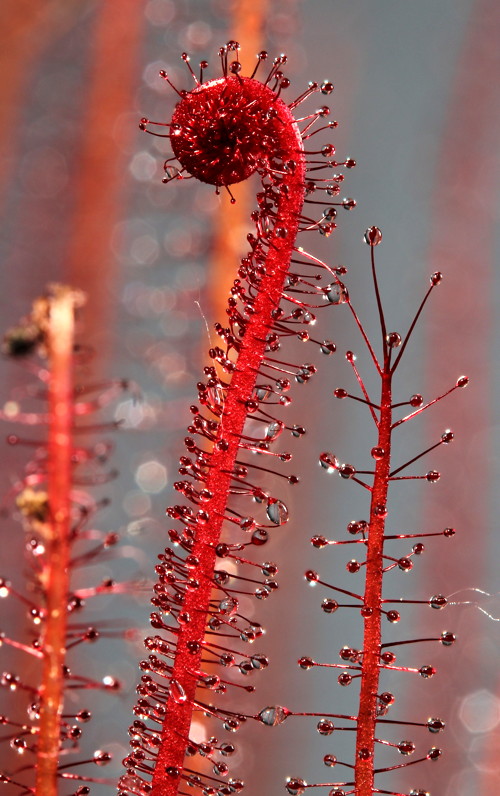 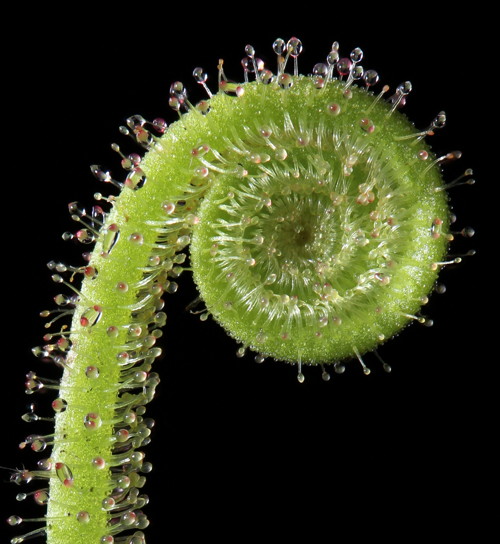 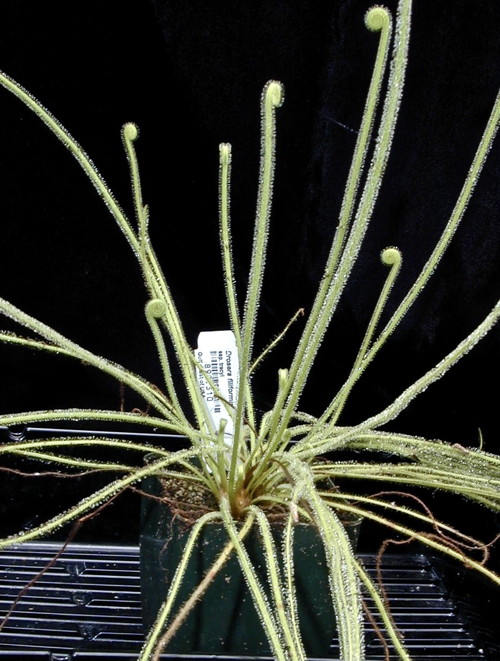 Drosera tracyi in a 8 cm pot. 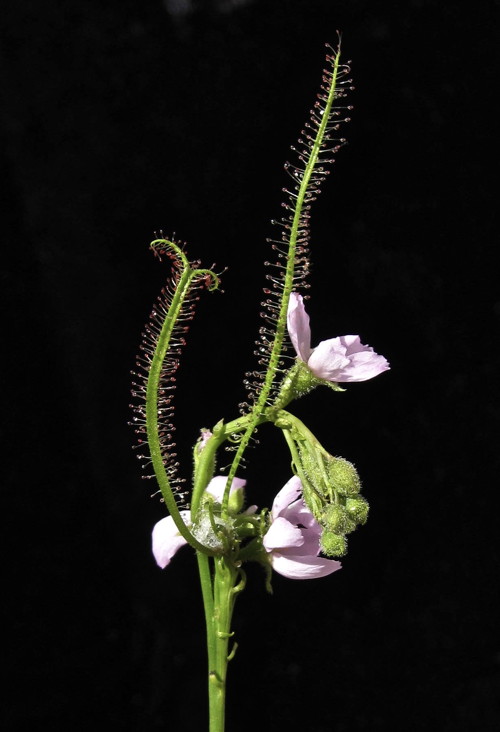 False vivipary on a Drosera filiformis scape. Note the scape is branched as is one of the leaves.